Kiev-List of 15 places you must see in Kiev 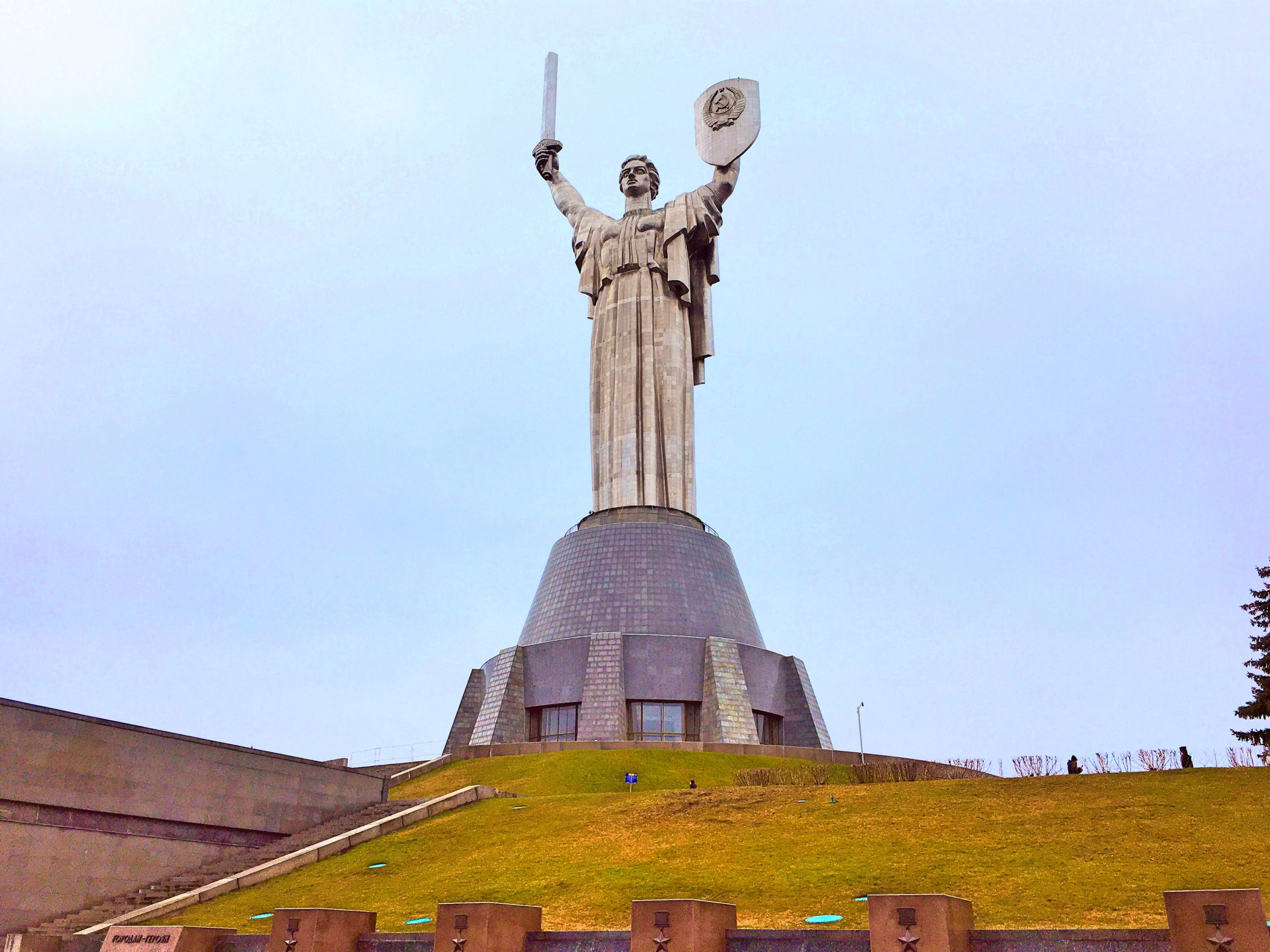 Kiev is undoubtedly one of the most underrated cities in Europe. After all, who would not prefer romantic Paris, royal London, or historic Rome to such a communist Ukraine? But the truth is that Kiev is one of the most amazing cities in the world thanks to its rich Baroque decoration of temples and the overall atmosphere of the city that will take you to the past.

What monuments and places should you visit? You can find the answer in this list of 15 places that you simply need to see in Kiev.

St. Ondrej is rightly considered one of the most beautiful churches in Kiev and perhaps even in the whole Ukraine. From a distance you will be intrigued by its deep-turquoise color and its baroque ornamentation, such as gold decorations. This temple rises on a hill above the Dnieper River and undoubtedly belongs to be on your list of places you need to visit in Kiev. 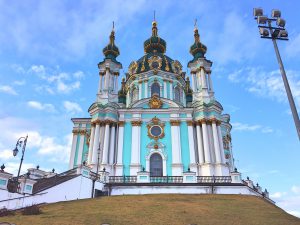 As part of the Museum of History and World War II, this monument was also created It is not only one of the highest statues in Europe, but also in the world. Specifically, the Motherland Monument scored an incredible 23rd place in the list of the world’s highest statues. For an idea, this memorial is thus far higher than the Statue of Liberty in New York. 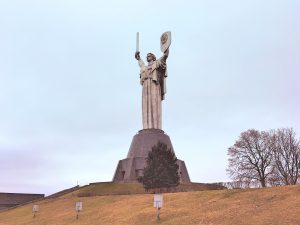 3. Kiev has the deepest metro in the world

Who would say that Ukraine will get its first place in the deepest metro. Arsenalnaya Metro Station is located up to 105.5 meters underground. If you want to get really deep as far as you can, you can’t avoid two long-running escalators that will take you up to 5 minutes to drive. Despite the fact that the subway station is not very interesting, you must see the deepest subway in the world, so make sure to include this stop in your list. I also note that the subway token, which you can transport for the whole day, costs a nice 30 cents. 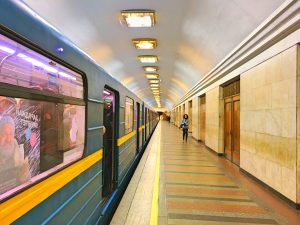 This temple is hard to overlook. It radiates on you with its deep-yellow color and its blue towers with stars will also interest you. St. Vladimir’s Church is built in Russian-Byzantine architectural style and is one of the most important buildings in Kiev. 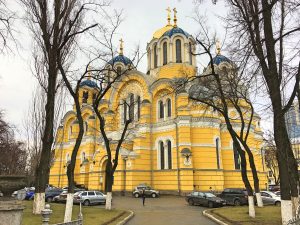 Indeed, what you see in the next picture is far from being an iron lady from Paris or Las Vegas. Would you believe that Kiev also has its own Eiffel Tower? This Eiffel Tower is located in the old French Quarter. Unfortunately, I must disappoint you and tell you that this interesting building is directly accessible only to residents of the neighborhood.If you want to get close to her and not just admire and take pictures behind the fence, then you need to ask someone from the home to open you. But for example, it was enough to look at the Ukrainian Eiffel Tower through the fence. 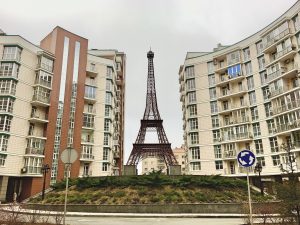 St. Sofia is also called the Cathedral of Sts. wisdom is similar to the Church of Sts. Wisdom in Istanbul, sanctified by the wisdom of God. It belongs to the Orthodox Church and will attract you, as well as other Kiev temples, with its ornamentation and color variation. This time the roof of the church is deep green and you will have a beautiful view of this church from the top, as the lookout tower is next to it. 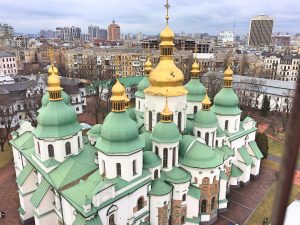 7. The Arch of Friendship of the People

This 60-meter titanium arc was built as a monument symbolizing the friendship between Russia and Ukraine. During the Eurovision 2017 singing contest, this arc was painted as a rainbow and marked as a symbol of diversity. 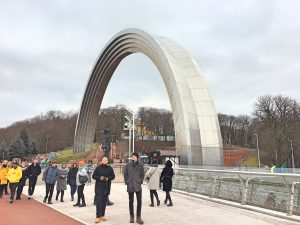 In addition to the ornate Baroque churches and gigantic statues, Kiev also boasts beautiful street art. While walking through the city you will find at least one painting on a residential house. Most of these works of art are highly artistically valued, and therefore urban street art is one of the things you should see and experience in Kiev. 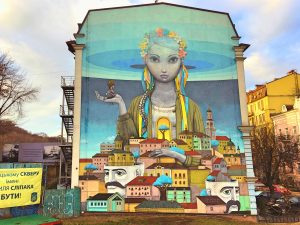 This unconventional building will interest you at first glance. The truth is that it conceptually does not fit into the historic city center at all. On the contrary, its value is enormous. This gate was built in the 11th century and is a historic gateway to the city. She was also nicknamed as the Golden Gate of Constantinople. However, many people argue that at first glance they remind them of East Asian architecture. But admit, does this gate remind you of any building in China? 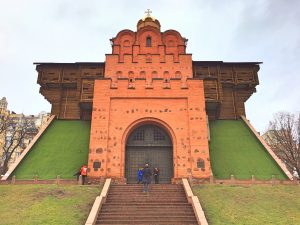 This up to 96 meter high tower is one of the landmarks of Kiev. But in addition to the beautiful Baroque decoration, you can look forward to one more thing! Lavra bell tower is open to tourists as a lookout tower and it would be a real pity not to miss during the visit to Kiev to see the city from a bird’s eye view. 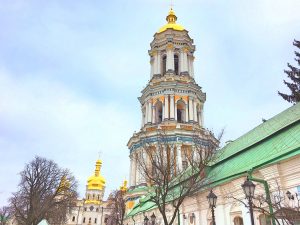 Another interesting place in Ukraine is the new French quarter of the capital. Just like the previous one with the Eiffel Tower, it also brought with it distinctive French elements. This time there is the Arc de Triomphe. Although it is not nearly as big as in Paris, it is not even a building you would expect in the middle of Kiev. 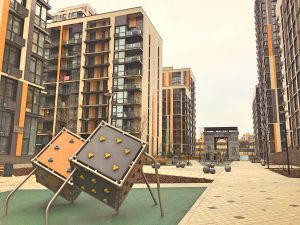 One of the most beautiful Orthodox buildings in Ukraine is the Cathedral of St. Nicholas. Michala. It will captivate you with its deep blue color and typical golden turrets. But it is definitely worth going inside too, gold glittering from every side. 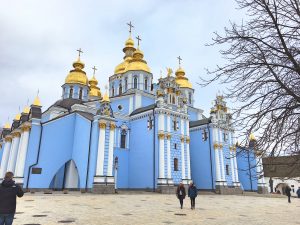 Have you planned a trip to Chernobyl, but are you afraid of radiation, or do you just feel too far? Chernobyl Museum can be a little comfort. There you will find preserved objects from Chernobyl and directly from the power plant. Unfortunately, however, I must point out that most of the text is written in Cyrillic and they translate only a little of it into English. 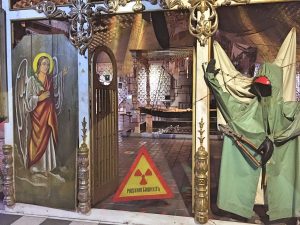 Independence Square, also called Majdan, is the main and at the same time the largest square in Kiev. However, people associate it mainly with the riots and protests of 2014, when a large part of the square was on fire. Today, Majdan will amaze you with its size and you may be surprised to find a huge shopping center under this square. 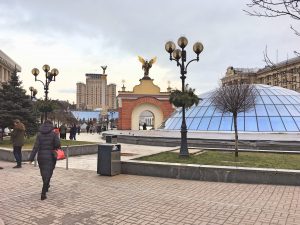 Bessarabia or Bessarab market is a covered market with oriental, Arabic, but also home-made ingredients. You can find here the local food producers, but also Russian sweets and dried fruits from Uzbekistan. The most interesting was probably the diverse meat market. Right here you will find pig heads with hanging brains and eyes still in front of you. This assortment may not be for everyone. However, visiting this place is an inseparable part of getting to know Kiev. 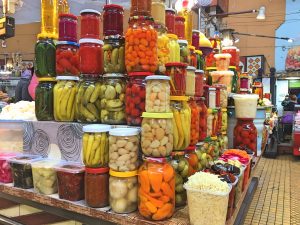 Many people just frown at the thought of visiting Kiev and say, “I’d rather go somewhere nice.” And hear such reactions really often. But how would we get to know the world if we only went to see the most beautiful places? Moreover, as you could see, Kiev is a more diverse city than you might have thought so far. If you liked the article. or have any questions or comments about it, please don’t forget to leave a comment here. ? 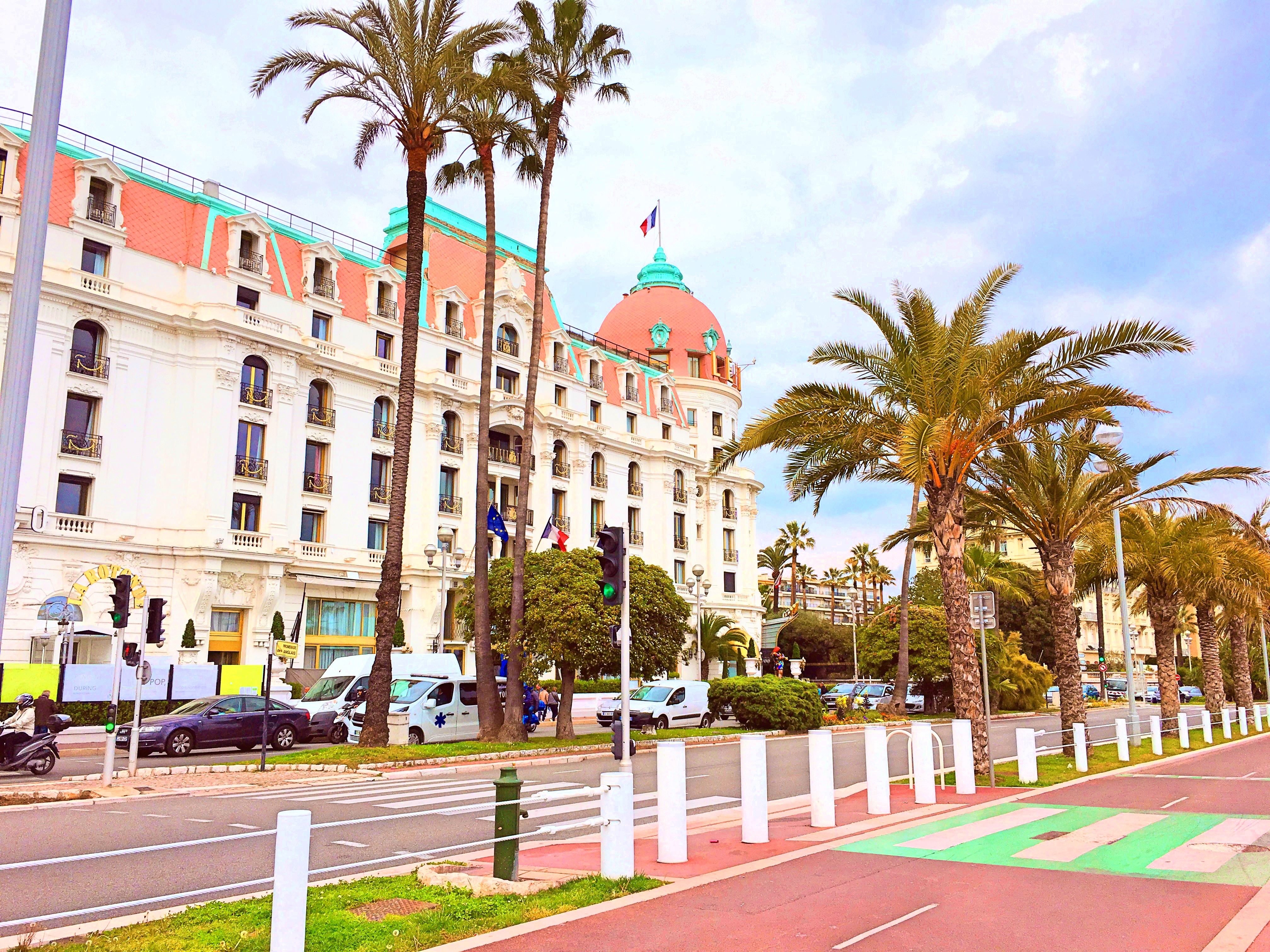 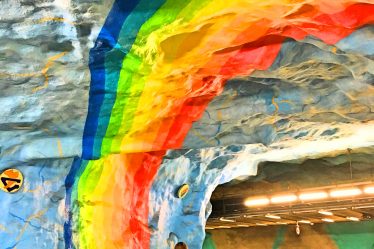