Paris-TOP 27 places you must see 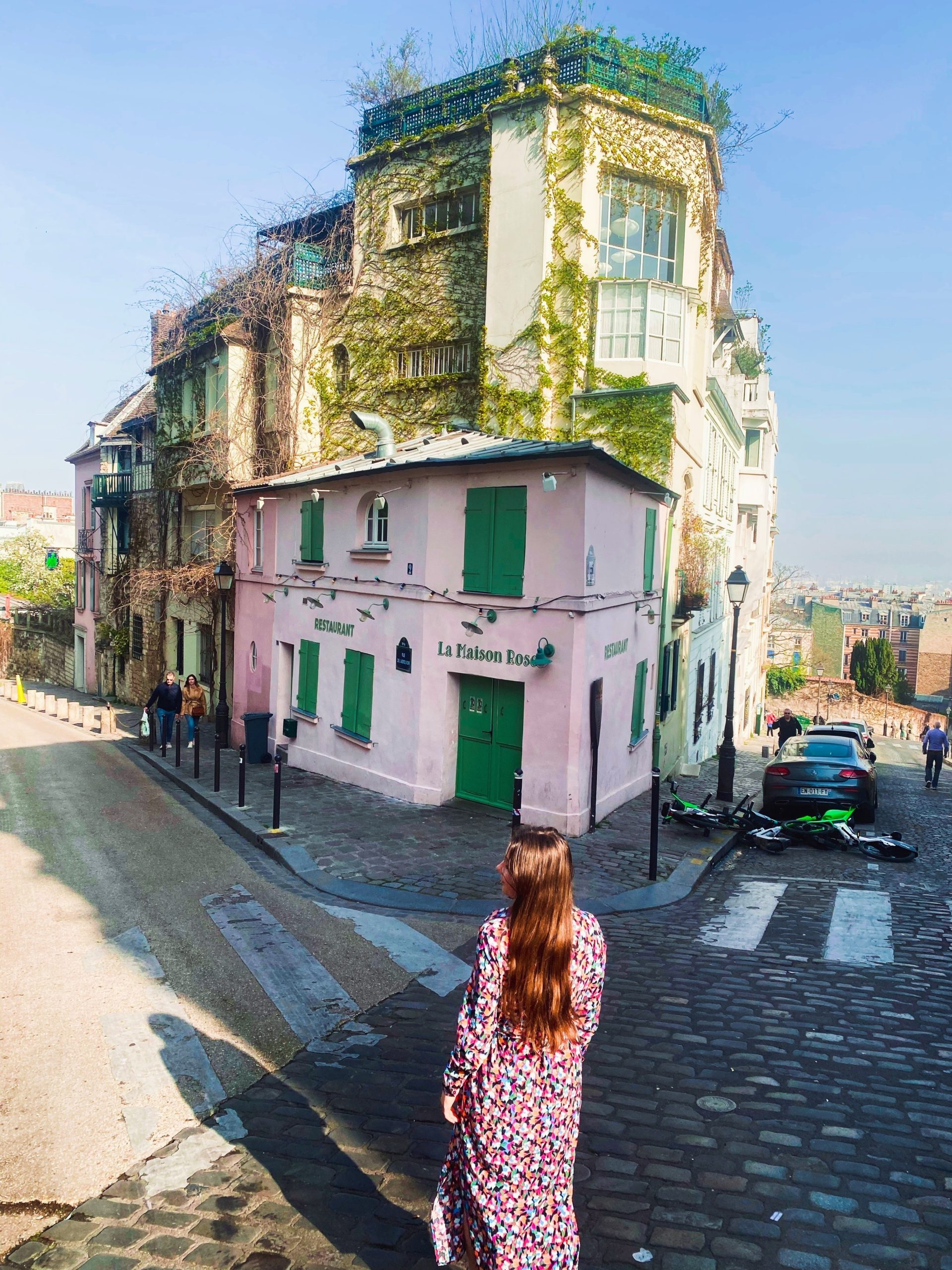 Paris has a lot to offer and here is a list of 27 places worth visiting in this city of love. 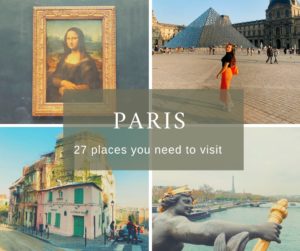 The most visited building in all of Europe is the Eiffel Tower. So you may be surprised that when it was built on the occasion of the World’s Fair in 1889, the Parisians did not like it and wanted to demolish the Eiffel Tower. Today we can only be very happy that they did not succeed at that time and we can admire this beautiful building to this day. Even with the antenna, this one, as she is called, is an iron lady up to 324 meters high and the place from where tourists can enjoy a beautiful view of the city is located at a height of 300 meters.

The Louvre is the most visited museum in the world. The corridors of this museum served in the past as the king’s palace, so even today you can admire the beautiful royal decorations. You will get inside through the famous Louvre pyramid and then the art hunt can begin. Of course, visitors are most looking forward to the painting of the Mona Lisa by Leonardo DaVinci. But don’t forget to be amazed by other well-known paintings, such as the Millennium Venus, the statue of Victoire de Samothrace, the painting La Liberté Guidant le Peuple, or the famous statue by Michelangelo: The Rebellious Slave.

Most importantly, remember that students within the EU have free entry to the museum. I have been to the museum twice and since I did not know about this, I first bought a ticket for the full amount. It is best to order your tickets online, even if you are buying one for free, you can easily buy e-tickets for Lovre HERE.

The Arc de Triomphe or the French Arc de Triomphe is one of the most visited monuments in the world, which stands out on the famous Champ Elyseé. Many people walk by and do not even notice that the names of the victims of the French Revolution and the Napoleonic Wars are written on the inner and outer walls of the building.

The modern La defensé district is known as the largest business center in Europe. It is located west of central Paris and is accessible by regular Metro. In La Defensé you will really feel like in a business metropolis.

Along with Notre Dame, Soucre Coer is the most famous church in Paris. Located on a high hill in the Notre Dame art district, you will have a beautiful view of the whole of Paris.

Montmartre is a district located on a large hill in Paris. It is best known for its romantic streets, Soucre Coer Church and artists. They often draw there in the district squares, either the city itself or even passing tourists. So you will definitely have the opportunity to have your own portrait, cartoon and even a caricature.

If you like the Louvre, then you can not miss the Center Pompidou during your visit to Paris. Center Pompidou is the largest museum of modern art in all of Europe and has up to 50,000 works of art on display! But what makes this gallery different from others is even more important. First of all, the Center Pompidou is built the other way around. What exactly does that mean? The various pipes and ducts that are normally hidden in the walls are directly visible inside the building, as well as the main escalators that were usually inside the building are visible from the outside and are even translucent!

Last but not least, this gallery was the first to be intended not only for a small group of art-admiring people but for the general public. But if the Louvre has exhausted you, it doesn’t matter, you can get to the rooftop with an amazing view of Paris without going straight to the gallery.

Versailles is one of the most famous castles in the world. It was originally built in the 17th century for French monarchs and has served as a museum since the 19th century. The castle will amaze you with its majestic decoration with many Baroque as well as ancient art. Versailles also has beautiful gardens, which cover an area of ​​up to 500 hectares. In the gardens, you will find, among other things, Marie Antoinette’s own house. 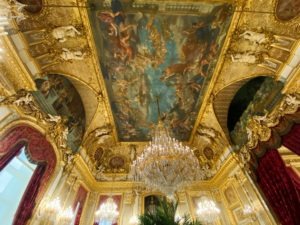 If you look at photos from Paris, you will definitely come across the small cafe Le Consulat. But why is this cafe in the Montmartre district so famous? It was a favorite place of several important artists. So if you’re having dinner at Le consulat, make sure you have Vincent van Gogh, Picasso and Monet in front of you. 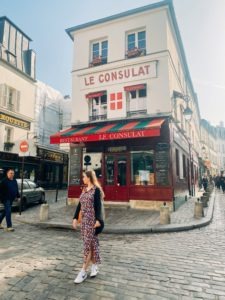 One of the most famous but also the most beautiful bridges in Paris is the Ponte Alexandre III. It connects the Champs-Élysées with the side where the Invalides and it goes above the river Seine. The bridge is lined with nice gold decorations and you can definitely take a nice photo of the Eiffel Tower from here. 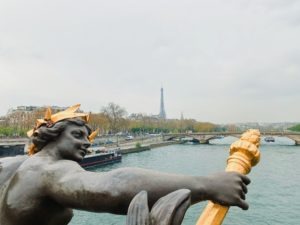 You will find the Wall of Love just like other works of art in the Montmartre district. What is interesting about this wall is that you will find a translation of the phrase “I love you” in up to 250 languages, so it is very likely that if you come there, you will find it there in your language as well. 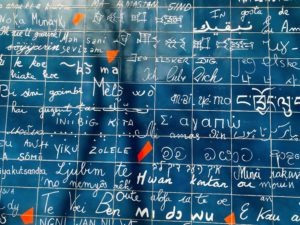 Notre Dame is best known for his novel TheHunchback of Notre Dame in Paris and its notorious figure of the ugly Quasimodo. However, after a large fire hit the church in April 2019, the church is under reconstruction and so it cannot be seen in its original condition. 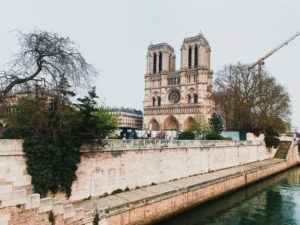 The Invalides is not just one church. It is a whole complex of buildings with several functions. For example, there is an army museum, but above all, the Invalides is known as the resting place of the greatest French hero, and therefore Napoleon Bonaparte. 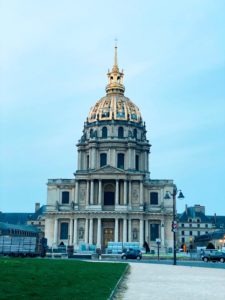 The Pantheon is one of the largest sacral buildings in France. This massive building is located in the Latin Quarter and its architecture truly resembles the Pantheon in Rome. However, it is interesting that in the Parisian pantheon you will find the tombs of important French villas in Viktor Hugo, Voltaire or Maria Curie. 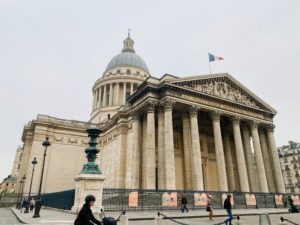 Saint Michel Fountain is a monumental fountain in the Latin Quarter. It was built during a project to restore Paris’s monuments, and today this monument appears in many films. Many people noticed it thanks to the Netflix series Emily in Paris, and so the Saint Michel fountain reached the list of several tourists in Paris. 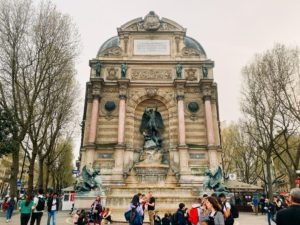 There is no better view of the Eiffel Tower than from the Trocadero Palace, which is not located on the banks of the Seine. The palace was built by Napoleon Bonaparte for his son, but the Expo in 1889 brought him a truly exceptional charm. 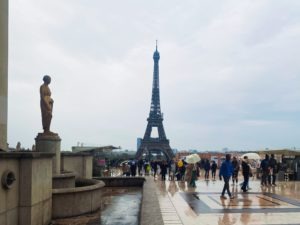 If you like shopping, be sure to miss the La Samaritaine gallery, where you will find up to 650 luxury brands. La Samaritaine was closed and reopened in 2005 only after the gallery was bought by fashion brand Luis Vuitton. Today, therefore, not only tourists but especially domestic Parisians enjoy a high number of visitors. 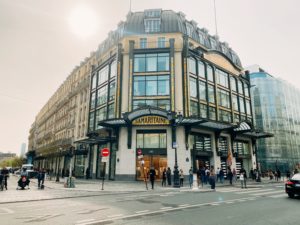 The second largest public park in Paris is the Jardin du Luxembourg. In the middle of the park boasts the Medici Fountain and you will also find a café here, ideal for a peaceful afternoon. 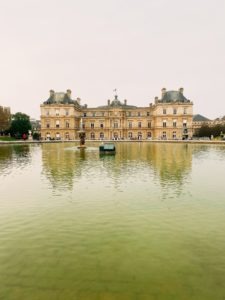 The Champ-Éllysées is probably the most famous street in the world. This 2 km long street is surrounded by many luxury shops, theaters and cinemas. At its end is the Victory Arch and therefore a nice view is guaranteed here. However, many people do not know that the Champ Éllysées was created mainly thanks to Napoelón, who wanted this Parisian street to be unusually wide. Firstly, so that the streets of Paris are safe, but also so that the rebels cannot block the street. 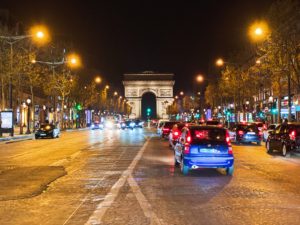 The notorious cafe La Maison de rose is a popular place for artists. Many people also know this building as the “pink house”. The café is located on Rue de l’Abreuvoir in the Montmartre art district. 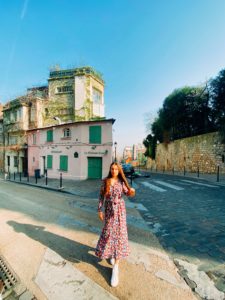 If you like flowers and plants, then be sure to visit the Marché aux Fleurs Reine Elizabeth II flower market, located next to Notre Dame Cathedral. What is really interesting about this market is that on Sunday, this market turns into an exhibition or a bird market. You can see there or even buy various exotic parrots, budgies, canaries and much more. 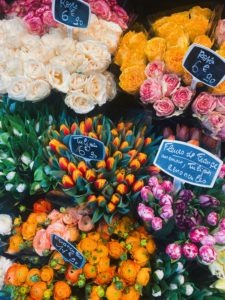 Stand on the steps in front of the Soucre Coer Cathedral in Monmartre and look to the right. It looks interesting, doesn’t it? The declining house is a red-beige, completely ordinary house, but from a certain angle it creates a wonderful illusion of a sinking house. 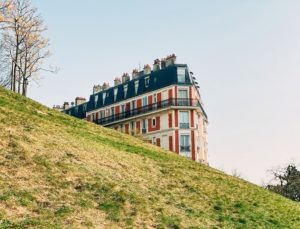 25. La plazza of the Concorde

This square in Paris is known mainly for the number of public executions that have taken place here in the past. As was common during the French Revolution, the French executed with a guillotine. Among the personalities who were beheaded in this square are the French monarch, King Louis XVI, Maria Antoinette, and the revolutionary Maximilian Robespierre. 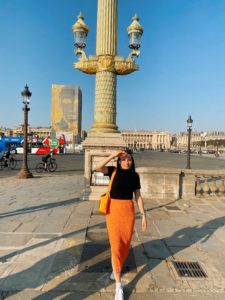 The historic Pont Neuf is, as its name suggests, the oldest bridge in Paris. At the same time, it was the first bridge in the city, which was designed mainly for pedestrians, and due to its historical significance, this seemingly ordinary bridge is one of the most important places in Paris. 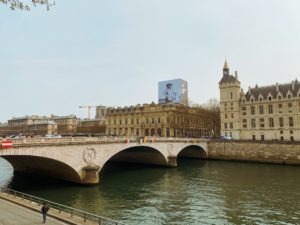 The Le Bon Marché Rive Gauche gallery is basically known for two things in particular. Founded in 1852, this makes it the oldest still-running shopping gallery in the world. In addition, the famous Gustav Eiffel, who also designed the Eiffel Tower, contributed to its design and architecture. Therefore, when you go to Le Bon Marché Rive Gauche, be sure to check out the architecture of the intricate stairs and the whole building.

Paris is truly a beautiful romantic city. However, it is not the only city in Paris that enjoys high traffic. See also beautiful seaside cities such as Nice, Cannes, Port Grimaud or Saint Tropez.