Slovakia -10 interesting places you have to visit

There are many interesting castles, chateaux, natural phenomena and monuments in Slovakia. But few would say that in Slovakia we can find a museum of gossip, colourful villages as from a fairy tale, or even an imitation of the statue of Jesus Christ from Rio de Janeiro.

In the town of Brezová pod Bradlom on the top called Bradlo you can find the Mound of M.R.Štefánika, which belongs to the national cultural monuments. From the top of the hill you will also enjoy a stunning view of the surrounding countryside.

One of the most beautiful churches in Slovakia is undoubtedly the Evangelical Church in Kežmarok, which is characterized by its deep red color. The towers of this church can also be known from a distance, and therefore this relatively new building becomes a significant landmark of Kežmarok. 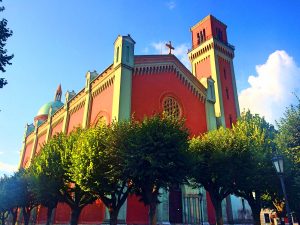 A rather untraditional statue rises above Námestovo in Orava on the Klín hill. Doesn’t this statue remind you of the one in Rio de Janeiro? 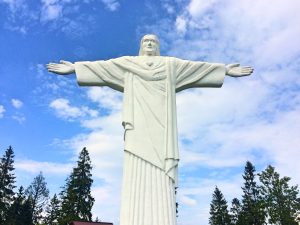 A beautiful Slovak open-air museum near Ružomberok offers an insight into the way of life in Slovakia in the past. The walk between the beautiful colourful houses has an unmistakable charm. 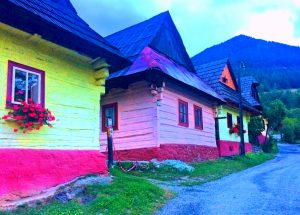 The Museum of Folk Architecture in Bardejov is located in the area of Bardejov Spa. You will find such a beautiful UNESCO church and in the whole museum you can see the houses of our Slovak ancestors. 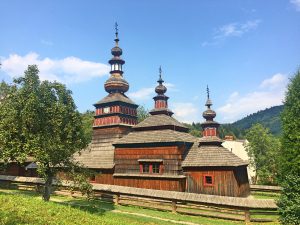 6. Museum of gait in Kremnica

We can also find such a non-traditional museum in Slovakia. Despite the fact that the museum of gait in Kremnica is not large, you will find up to more than 700 exhibits, which are divided into different categories, such as. Dwarves, Nicholas, hunting, painting, etc. 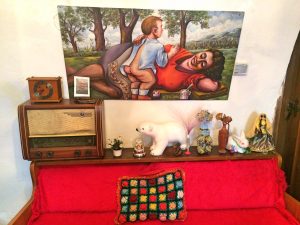 7. Square of Europe in Komárno

Square of Europe in Komárno is a beautiful square, where each house represents one European state, if you happen to be unsure of the state at first glance, do not forget to read the label above the door of each house. 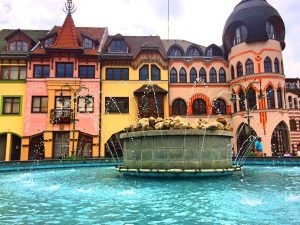 Between the railway station and Zvolen Castle you will find a replica of the old Hurban armoured train, which was used during the Slovak National Uprising. After the uprising, he was destroyed so that enemies could not get to him. Today, this replica is one of the Slovak national monuments. 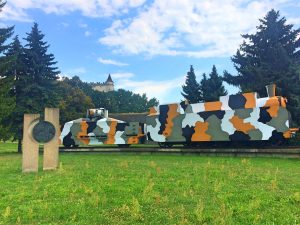 I guess no one doubts that Slovakia has beautiful nature. In Hriňová you will find amazing colourful fields and you can walk in the surrounding hilly region. 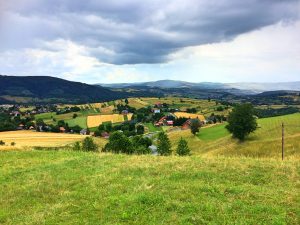 Church of St. Elisabeth, popularly called the Blue Church, by its deep blue color. You can find it on Bezručová Street in Bratislava. Click here to see other sights in Bratislava. 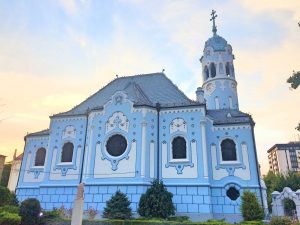 So this is a list of 10 interesting places in Slovakia, I hope you liked it and eventually got inspired for your next trips around Slovakia. 🙂 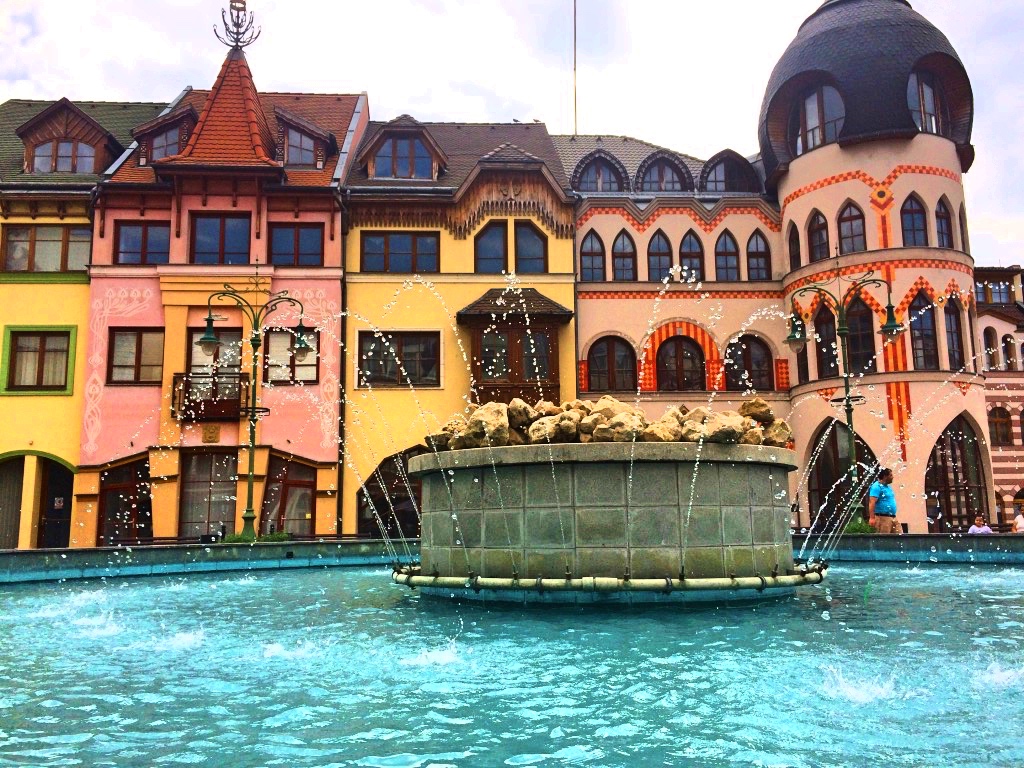 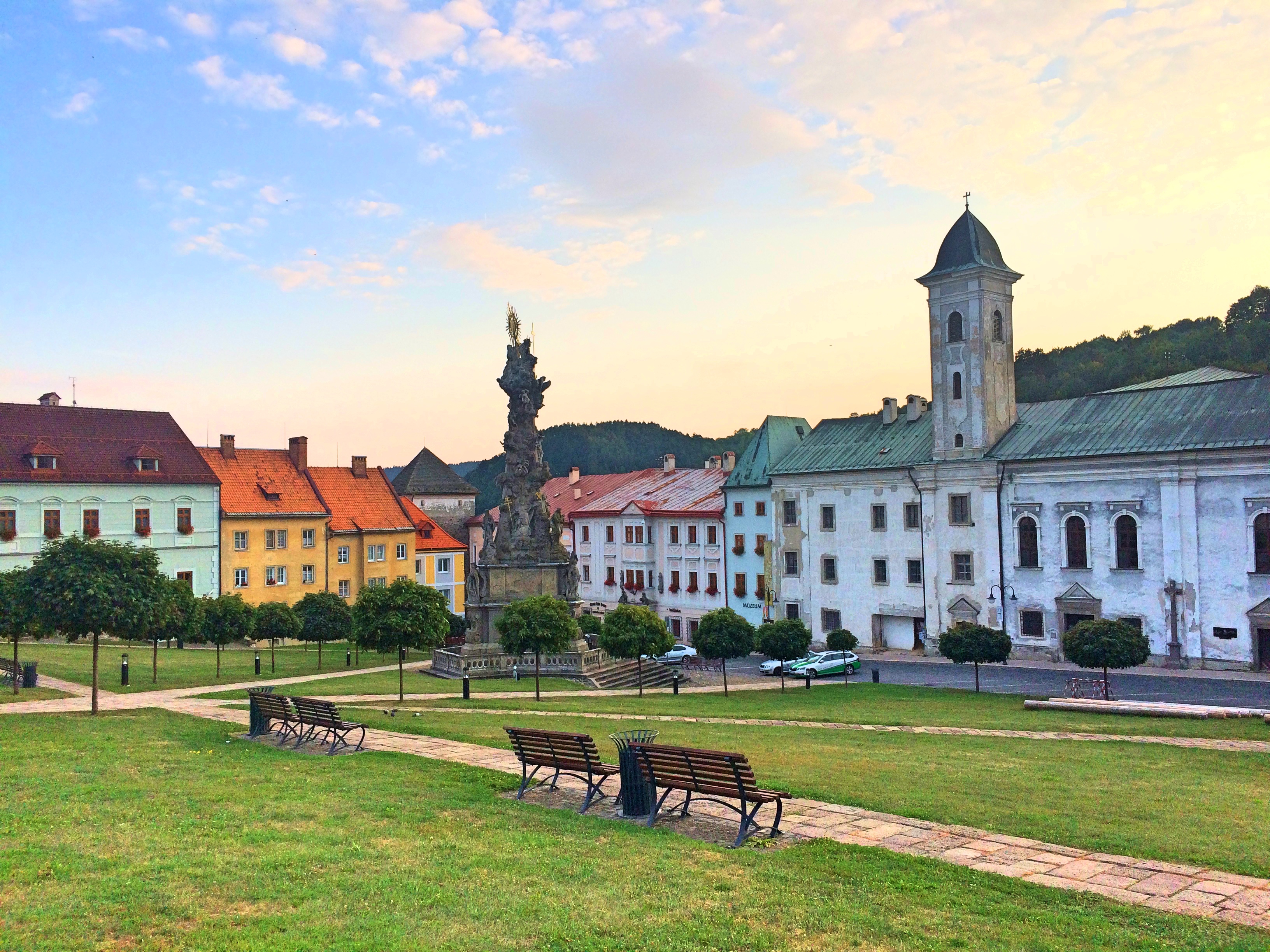