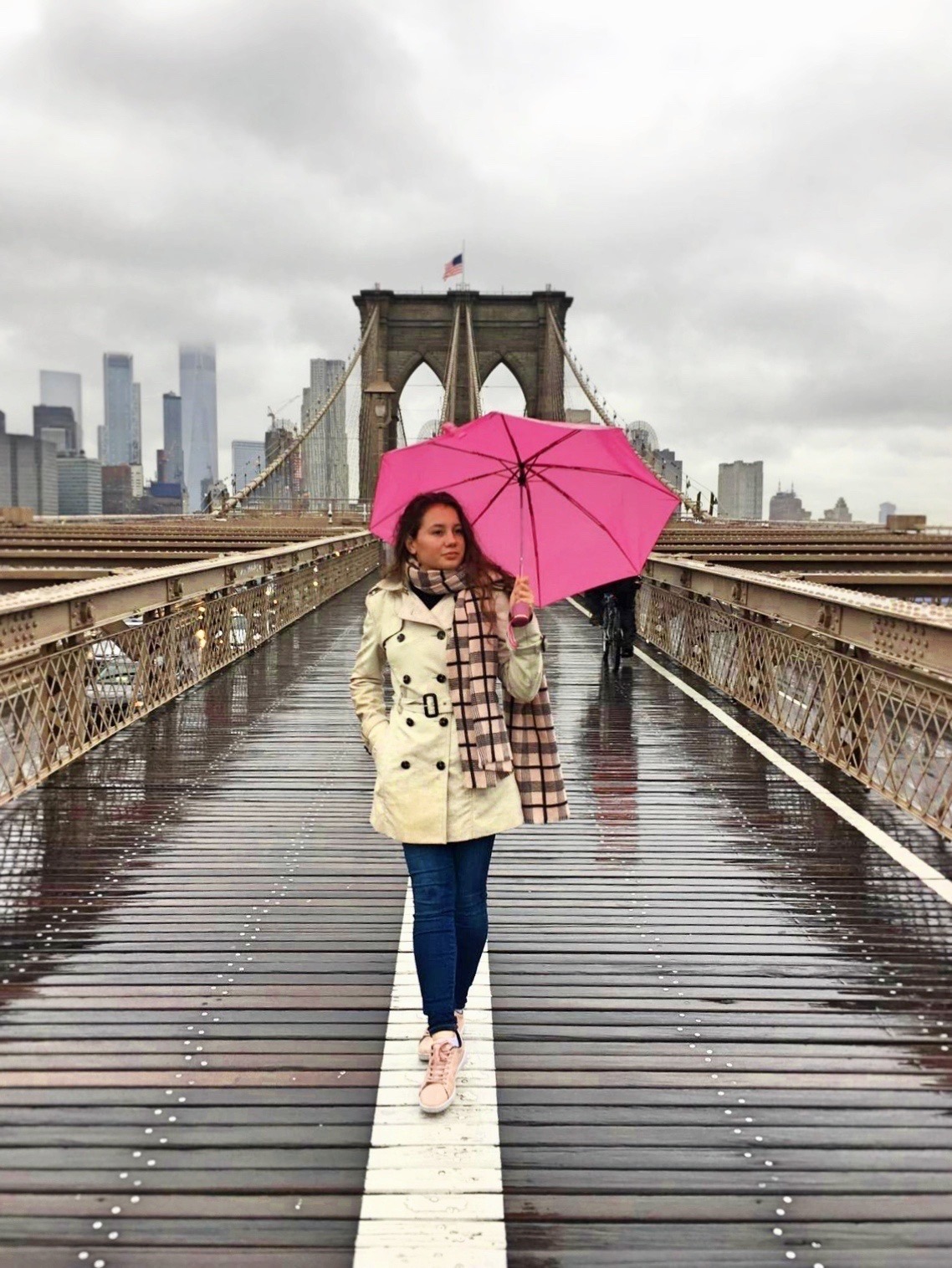 New York, a city that never sleeps, is a traveler’s dream to guess everyone. These two-story skyscrapers, steep taxies, or the Statue of Liberty, all add to New York’s breathtaking atmosphere. Places to visit in Big Apple are listed in this list of New York’s top 28 sites and landmarks.

Famous ice rink or world-famous Christmas tree, which also appeared in the film Alone at Home, you can find in Rockeffeler Center. 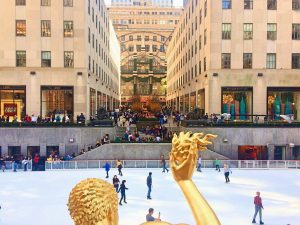 Brooklyn Bridge runs over the East River and connects Brooklyn and Manhattan. It is one of the historic claims and is an iconic part of New York. 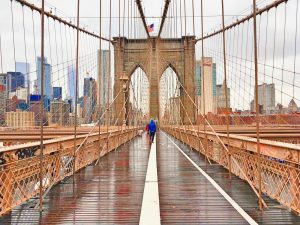 Central Park is undoubtedly one of the most famous parks in the world. Nevertheless, it is the 5th largest in New York. It was most likely established to increase the value of real estate in the vicinity. Today, Central Park is a world-famous park and is visited by up to 40 million tourists a year. 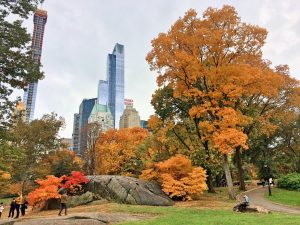 Grand Central Station is not only New York’s largest station, but even the world. It has up to 44 platforms and is located on 42nd Street and Park Avenue. You will get to know the main hall of this station with many famous clocks and the American flag. 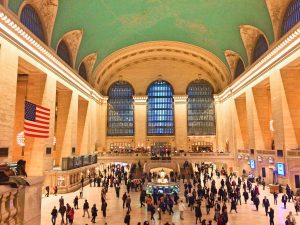 The Statue of Liberty was brought to America as a gift from the French for their assistance during the struggle for independence. Today, this statue is an icon of America and is certainly worth seeing. 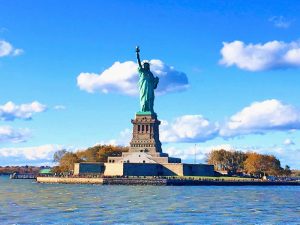 Did you know that Time Square is visible even from the Universe? You must definitely see this place both during the day and at night. 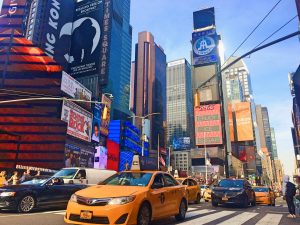 After the Fall of the Twins, a new skyscraper called One World Trade Center was built at the site of the tragedy. It is the tallest skyscraper in New York and thus in the entire Western Hemisphere. It has an incredible 419 meters which is the height of the Twin. 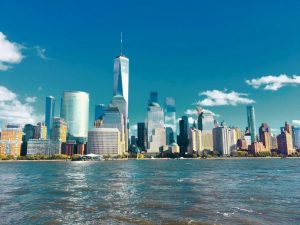 The unmistakable silhouette of the Empire State Building rises over the whole of New York. 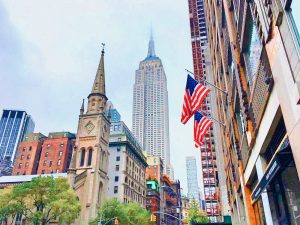 This building will attract you at first sight with its irregular architecture. 5th avenue is the only street in all of New York that is not straight, at right angles, but curved, and find the Fraliton Building on this street. 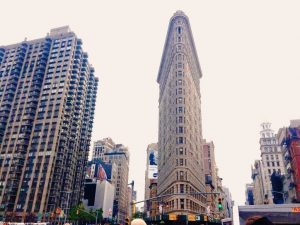 Maybe Oculus is not the most important monument in the city, but it is definitely worth a visit. From the outside, the building resembles a pigeon and inside you will find a smaller shopping center as well as a metro station. 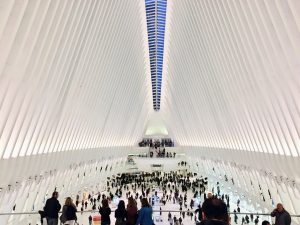 The well-known Wall Street financial district is located in Lower Manhattan and houses the Stock Exchange. The Stock Exchange building itself disappears a little among the other tall skyscrapers in this district, but you will certainly recognize it by the 7 columns that characterize the building and have seen it in a single film. 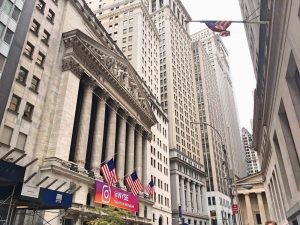 Rockefeller Observatory or Top of the Rock is the best observatory in town. From this skyscraper, you can enjoy an amazing view of the Empire State Building, the World Trade Center and Central Park. I recommend to order online tickets for the Rockeffeler observatory throught their website, because they use to be sold out even two days in advance. 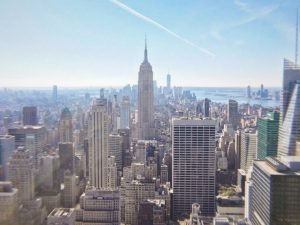 This skyscraper has often been described as the most beautiful in the world. The Chrysler Building is characteristic with its roof-eyed roof. The architecture of the Chrysler building is Art Deco, and this building is the most famous representative of this style. 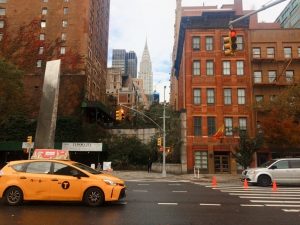 An interesting neighborhood of New York is also China Town where you have where you can travel in the narrow streets with colorful shops and buy some of the Chinese specialties. whether traditional Chinese food or a variety of seafood that you can find here every corner. The tangle of colors and Chinese inscriptions creates an invaluable charm of the East. 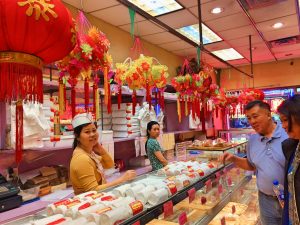 Another neighborhood where you can enjoy delicious food is Little Italy. The height of buildings also differs from the rest of Manhattan. There are no skyscrapers in the Italian district, but smaller, colorful dwelling houses with typical steps. 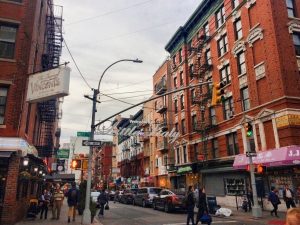 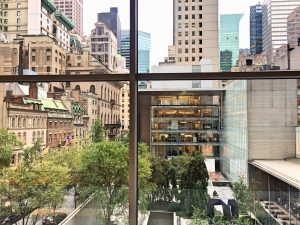 The World Trade center is the business district of New York City, where the famous Twin Towers stood. Today you will find two memorials with the names of all the victims of the September 11. 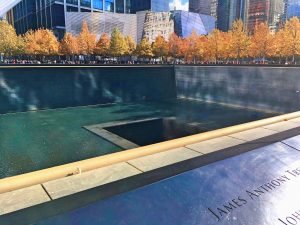 The Guggenheim Museum in New York offers a collection of world-famous works of art. Other Guggenheim museums are found in Venice and Bilbao, for example. 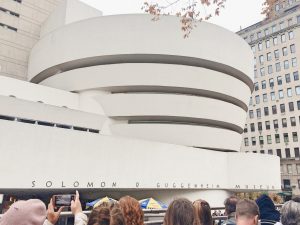 The largest shopping center is located in New York. Macy’s has 6 floors and you can buy clothes, jewelry, home accessories, or many other things from the world’s designers. 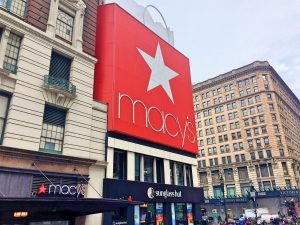 Washington Square Park is a public park in Greenwich Village. It is characterized by its triumphal arch and you will often find various street artists here. 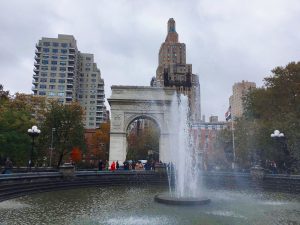 Charging Bull is a bull statue of a bull in the financial district. Few people know that this aggressive bull stands for financial prosperity. 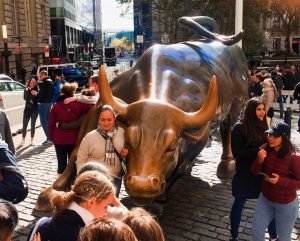 The United Nations and the United Nations also have their seat in New York. You have often seen this building in television footage and especially in the evening news. The amazing thing is that you can go to the UN yourself and even in the Chamber. 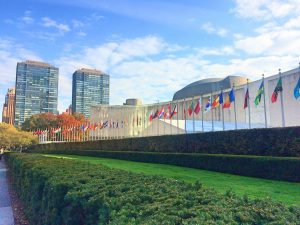 Cathedral of Sts. Patrick’s in New York is something really unusual. You are walking from skyscrapers and suddenly you find the cathedral. You can easily  find it right next to the Rockefeller Center. 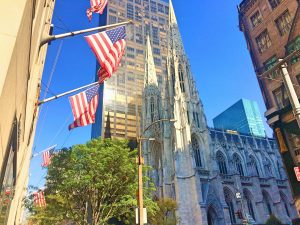 Intrepid is a warship that is now available to tourists as a museum of warfare. You’ll find warplanes of all kinds, helicopters, and you can even go to a real submarine. 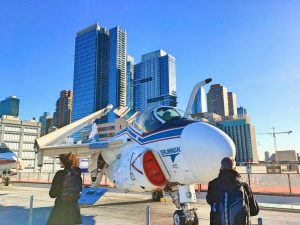 As you enter this amazing museum, you will have a glimpse of the oldest found skeleton of dinosaurs in the world. According to archaeologists, this alosaurus died with a brontosaur in a meteorite fall. If you do not have time to explore the whole museum, I recommend to go at least to the lobby where you can see at least this significant paleontological finding. 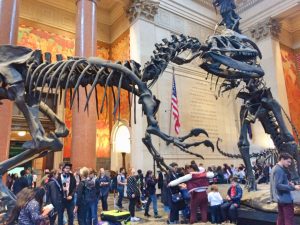 You can find the NBC studio at Rockefeller Center and, as it is glazed, the chance of seeing some famous person NBC will be interviewing is more than likely. 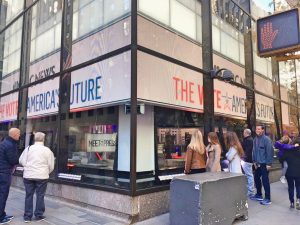 The site of world theaters. You can also see performances such as The Phantom of the Opera, King Kong, Aladdin, Harry Potter, and many others. 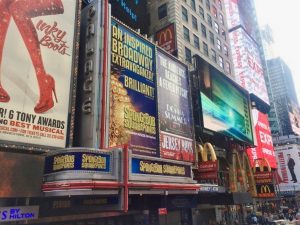 The name SoHo was short for South of Houston Street. SoHo was considered to be a quarter of artists, as evidenced by a large number of art galleries. Today it is mainly a quarter of lovers of shopping and outlets. 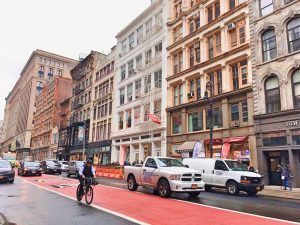 So this was a list of the 28 most famous and most beautiful places in New York. I strongly believe that you have found inspiration and enough information about the famous places of New York. If you would like to learn more about New York, please read the travel blog with my own experiences from the city that never sleep. 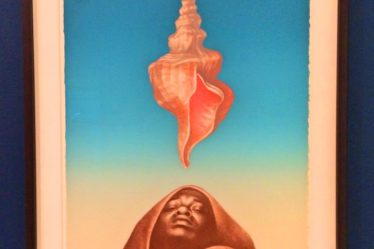