The historic city of Luxor offers a wonderful opportunity to learn more about Egyptian culture. This up to 3000 year old city hides up to half of UNESCO’s sights throughout Egypt. It lies on the banks of the River Nile about 700 km south of the capital of Egypt, Cairo.

According to ancient Egyptian religions, the East symbolizes the birth of life and goodness. On the contrary, the West represents death and all evil. Therefore, all the temples and palaces were built on the east bank of the Nile and the tombs were on the west bank of the Nile. According to this, the most important monuments of Luxor are spread out, such as the Temple of Karnak, the Valley of the Kings, the Temple of Hatshepsut, and the Colossi of Memnon. 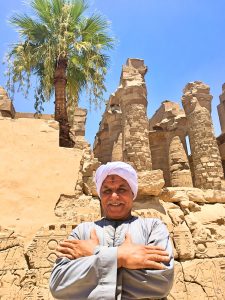 Karnak is the largest temple complex in Egypt. Several generations of Pharaohs were involved in its construction, including Hatshepsut, Tuthmose III, and Ramesses II. Karnak is dedicated to the Egyptian Sun God Amon-Re. Amon’s sacred animal was a ram, usually depicted as a sphinx ram. Therefore, the entrance road to Karnak, as well as the road linking Karnak and Luxor, is decorated with such mutilated sphinxes. 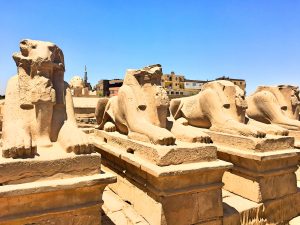 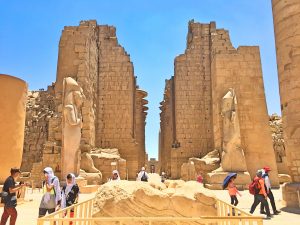 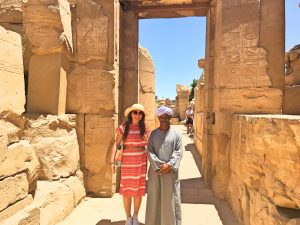 Up to 16.6 meters high statues represent one and the same Pharaoh Amonhotep III. They can be found on the west bank of the Nile at the famous Theban burial ground. These statues became famous under the name of the singing colossi, as they attracted travelers for a long time because of the mysterious sounds they made. In 27 BC. the statues were damaged during a strong earthquake. There were cracks inside and they started making strange noises due to temperature changes. In ancient times, they were considered a greeting to Memnon’s deceased mother. In 170, Septimius Severus had the sculptures repaired and the mysterious noises disappeared. 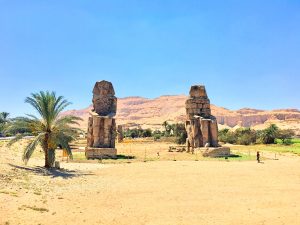 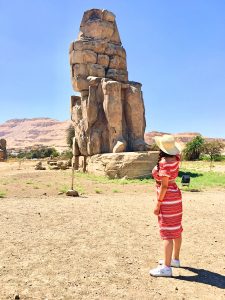 Despite the fact that in ancient Egypt it was customary for the country to be ruled only by men, there was one exception. The only Pharaoh in the history of the Egyptian rulers was Queen Hatshepsut. Instead of ruling alongside her stepson-Thutmos III, Hatsepsut sent him to war and ruled the country herself. She used to wear men’s clothes and a fake beard. She was a great businessman and builder. It was her temple that was a great proof of her ingenuity and warmed both in the past and today. Unfortunately, all her names were removed from the temples by Thutmos III, who wanted revenge on the cruel mother. The Luxor Massacre of 1997, when 6 terrorists infiltrated the Hatshepsut Temple and gradually killed captured tourists, is also notorious. This massacre has greatly damaged tourism not only in Luxor, but throughout Egypt as well. 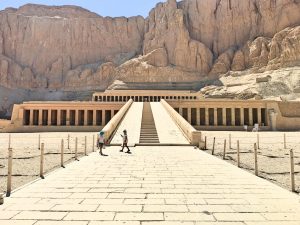 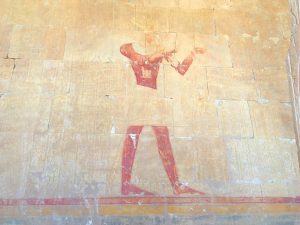 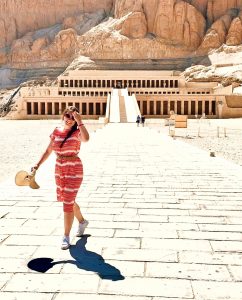 Valley of the Kings

As like all other ancient Egyptian burial grounds, the Valley of the Kings can be found on the West Bank of the Nile. This valley boasts up to 63 tombs of the Egyptian kings, and every year other tombs, including Tut Ankh Amon, are made publicly available. KINGS VALLEY and a number indicating the order in which the tomb was found. For example, the tomb of Pharaoh Thutmose III. was found in the 43rd order. Therefore, it has the designation KV34. 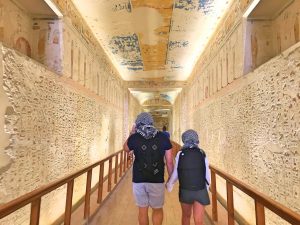 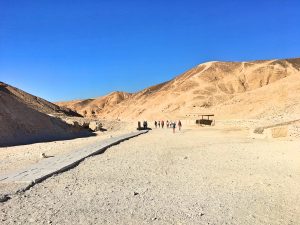 Who would not know the famous Tutankhamun. Tutankhamun was a relatively insignificant ruler in ancient times who died at the age of 19. His tomb is one of the smallest, as the size of the tombs is determined by the length of rule of the monarch. So why does everyone know his name?

It is known that Egyptian rulers were buried with a large number of treasures made of gold and other gems. Not surprisingly, the treasures also attracted tomb robbers. They usually found them with the help of the high priests, who were the only ones who knew their location and were able to break the curse that was sent to anyone who would even touch the tombs. In this way they have robbed all the tombs in the Valley of the Kings, except one. So guess what it was.

Just the Tutankhamun’s tomb couldn’t be discovered by robbers. It was hidden under another tomb, and no one had ever thought of it. When Howard Carter discovered the tomb, he found all the 3000-year-old treasures in it. It is therefore the only tomb that was discovered in its original state. All exhibits can be seen today in the Cairo Museum. But what you won’t see in Cairo is Tutankhamun’s mummy itself. You can find it right in his tomb. At least they had to leave something there. 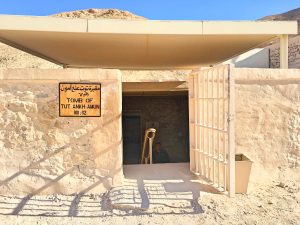 The most famous treasure found in Tutankhamun’s tomb was his death mask. Like other items, it was moved to the Cairo Museum. In the photo you can see a copy of this mask, which has become a repeated impetus for various souvenirs throughout Egypt. 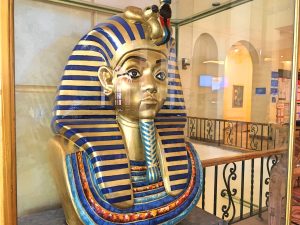 If you are thinking about a holiday in Egypt, also read the article Egypt-Photo diary from Red sea or about Poverty in Egypt. I hope you enjoyed the article and that you learned something new. Personally, the trip to Luxor brought me a lot of new knowledge, and I certainly recommend such a sightseeing trip to this historic place. 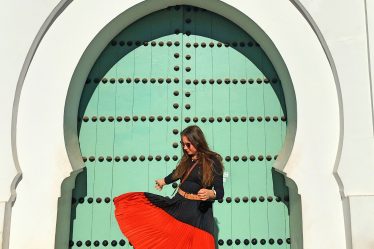 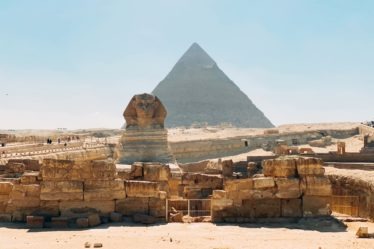